Wilma Rudolph Learned from Her Mother Not to Accept Limits

If Wilma Rudolph accepted limitations, she would never have gone on to become the fastest woman on earth.

The Olympic champion has polio as a small child, which left her in leg braces. For most people, this was the end of their athletic endeavors. Rudolph, instead, was told by her mother to believe she could do ANYTHING. The young girl decided that she WOULD walk without braces. 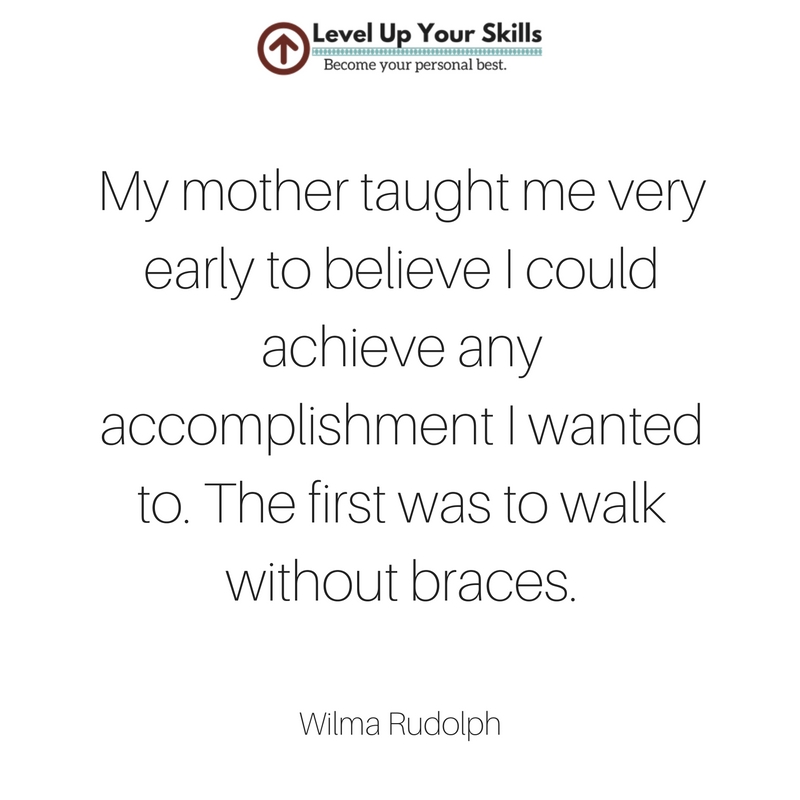 Wilma Rudolph Learned from Her Mother Not to Accept Limits

How well did a positive mindset work out for Wilma Rudolph? So well that she not only removed her leg braces, she also went on to run faster than any other woman on earth! Not only did she win three Gold Medals in one Olympics, but she also went on to accomplish many other feats in her life.

If Rudolph’s mother had taught her to accept her fate, what a different life she would have lived. Instead, she knew that she could overcome any obstacle. That confidence led her to compete and win for decades. Most people don’t even have drastic struggles plaguing them. Instead, they make mountains of molehills and sap their energies with worry. If you have a tendency to self-destruct, consider how changing your mindset can help.

The Journey to Success Starts with Self Confidence

As the old saying goes, you have to walk before you can run. For Wilma Rudolph, this situation was right. Had she not walked she would never have gone on to win championships. Think of the ways in your life where you must overcome an initial challenge. If you’re to continue on a path, you’ll need to take the first steps. Have the courage to accept that you do have what it takes to succeed. You can achieve whatever it is you want. Believe in yourself and take the necessary steps to reach your goals.

That’s what Wilma Rudolph did, and that’s why this quote is so inspiring.

← Whatever the Mind Can Conceive and Believe It Can Achieve Quotes Don't Quit Going Until You Get to the End Is a Winning Philosophy →
Quotes , Wilma Rudolph