Whatever the Mind Can Conceive and Believe It Can Achieve Quotes

You’ve probably heard some “Whatever the mind can conceive and believe it can achieve” quotes before. If you’re into self-improvement or a sales career, it’s inevitable!

Let’s look at some of the variations while adding a bit of insight (hopefully!).

Napoleon Hill had a huge influence on self-help fans, positive thinkers, and transformation experts. That’s why his name continues to come up when people discuss human achievement.

Hill felt that all individuals had the innate ability to accomplish whatever they desired. He was so sure of this idea that he spread it during his life. There are multiple quotes about the subject from different thinkers. Let’s take a look at some of them and discuss the nuances.

Napoleon Hill Introduced the Phrase to the Broad Culture 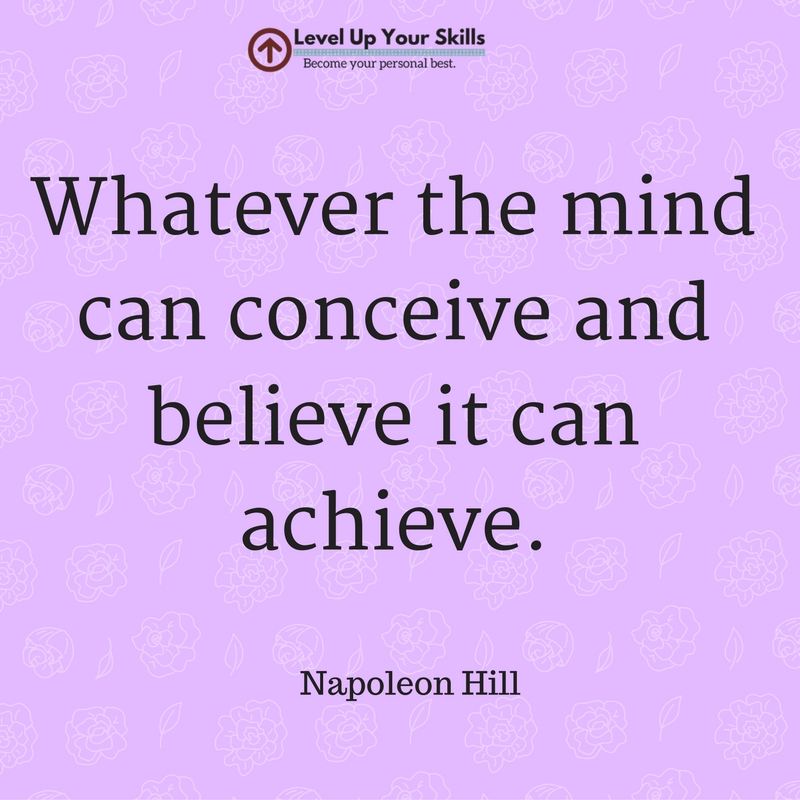 Whatever the Mind Can Conceive and Believe It Can Achieve

This important quote still endures because it captures the concept of unlimited potential. People mainly face the limits they construct in their mind. Hill gave the world a formula for understanding how to get the things they want out of life.

Hill had an impact on millions of people worldwide, which was HIS dream.  He had confidence in his philosophy because he saw it work for him. With enough belief and energy, there are very few things people cannot accomplish. It’s only when we give up striving that failure becomes the norm.

Dream Big for the Most Significant Results

Some variations of this quote place emphasis on other important elements. The example of “Dream. Believe. Achieve” extends the personal transformation theme of dreaming of changing your reality. There’s little doubt that many of history’s greatest achievers started their journies with massive ideas. 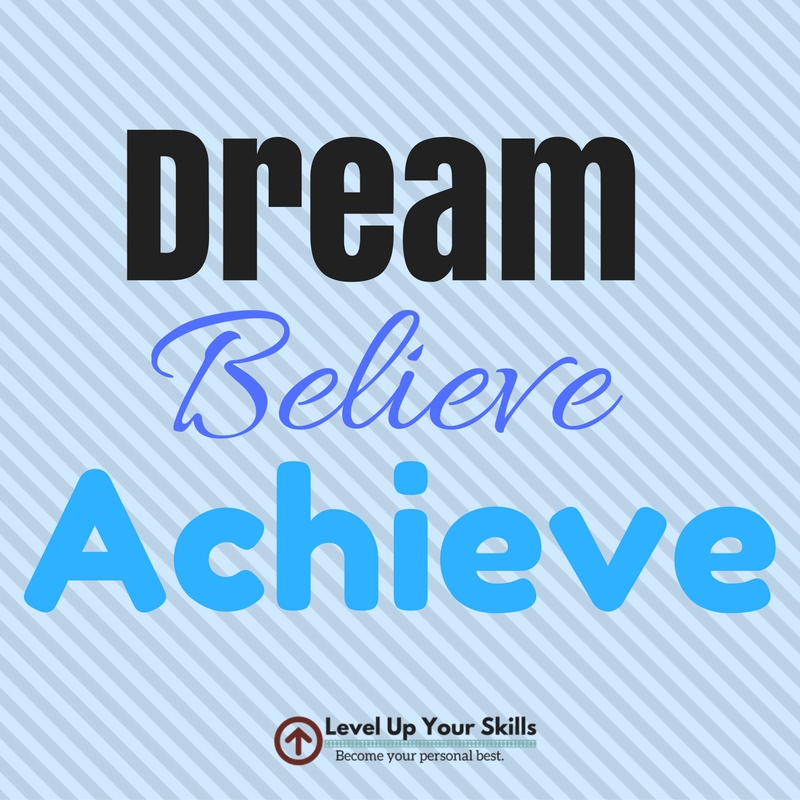 Dream Believe Achieve Is a Variation of the Quote

This formula breaks down a path to achievement. First, you have to dream (conceive) of your big idea. Then you must sincerely work at it while taking massive action. Finally, you get what you want as the last step of manifestation. The principle is easy to understand but can be tough to implement. Many folks have a hard time believing in something fully before it happens!

At the core of Hill’s philosophy was believing in yourself. People with low self-esteem run into troubles when they want to capture a goal. An innate belief that you’re competent and your cause is a just one carries people through to the finish line.

Believe in Yourself for the Best Outcome 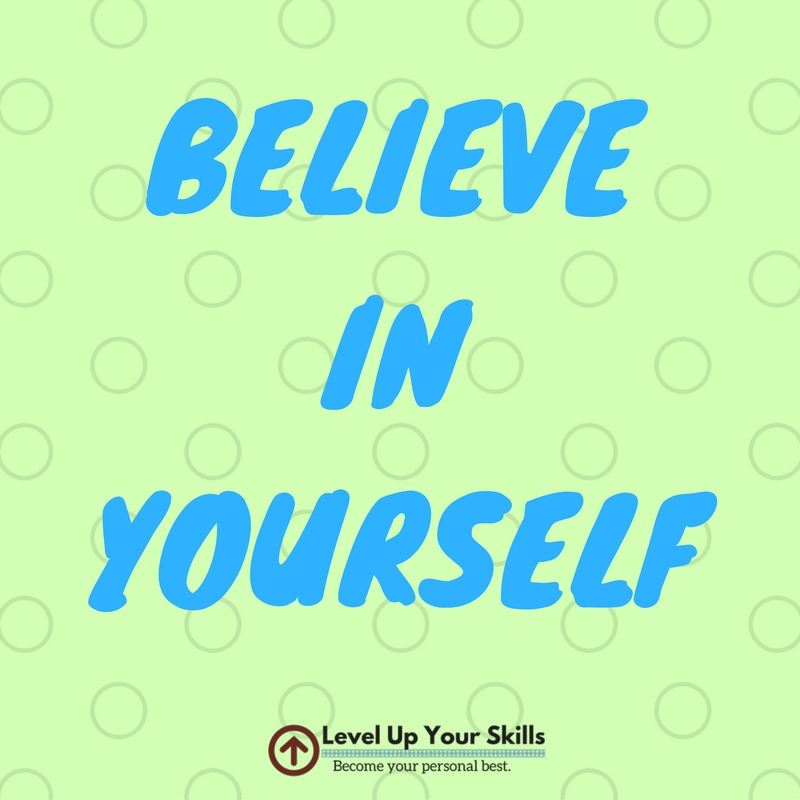 When you believe in the future and your ability to get there the way you want, amazing things happen. You can shape your reality however you like! These statements are incredibly powerful. You don’t have to stay stuck in a rut.

Belief is a form of fuel that makes it easy to take action. If you think you can’t fail, almost nothing will stand in your way.  Belief helps you overcome challenges along the way.

No Matter What, Realize You Can Do It 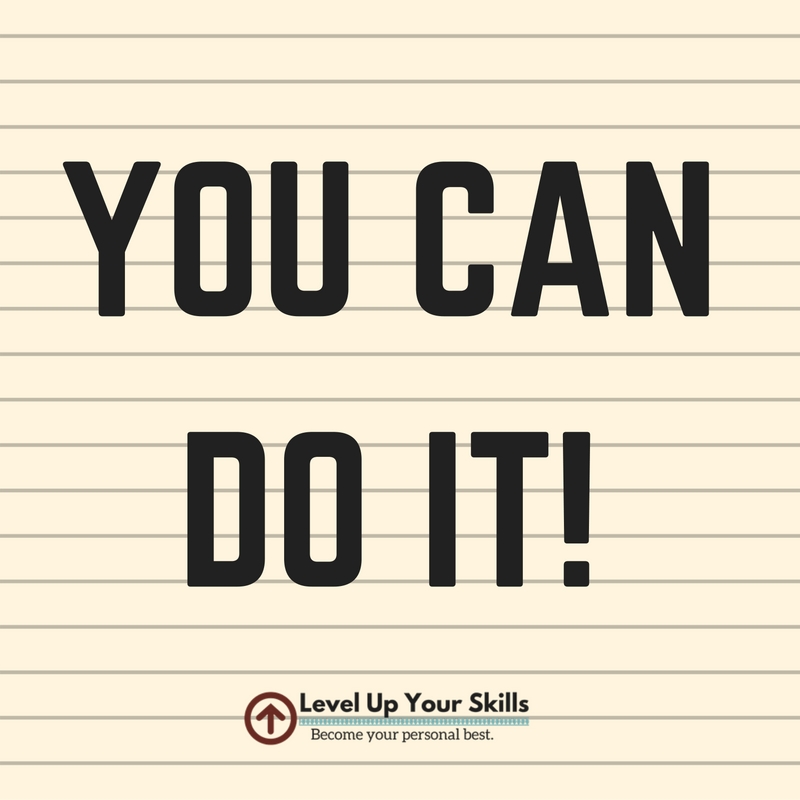 You Can Do It Is an Applicable Quote

A simple quote like “You can do it” contains a ton of meaning! This statement takes aim at the core concept that Napoleon Hill espoused.

Your ability to believe in yourself is your most incredible asset. This faith will allow you to accomplish your goals. If you follow success principles you understand that the belief part is important, but so is the conception of an idea. If the idea excites you, chances are high it will do the same for others. People rally around big ideas that are spread by upbeat people.

Your Belief Is the Fuel of Accomplishment 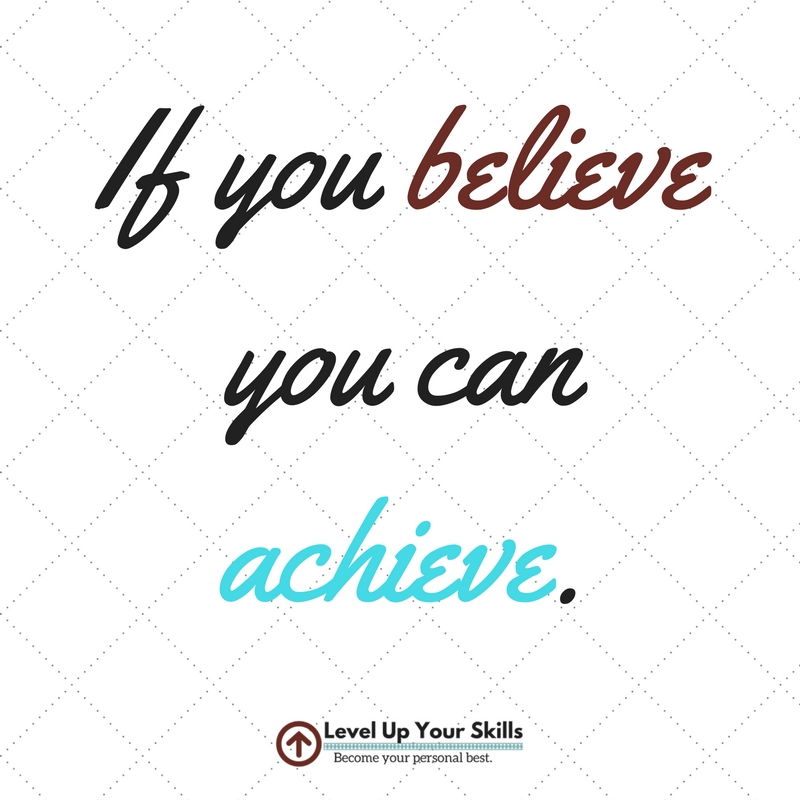 If You Believe, You Can Achieve

This version is a bit shorter. It illustrates that a goal you hold in your mind with a strong belief is possible. You have more power than you may think and you’ll get there. What a reassuring concept, especially when you face significant challenges.

Consider this quote to be a recipe for success. Learn as much as you can about all three components and continue to strive.

Striving for Your Personal Best Is a Perfect Idea 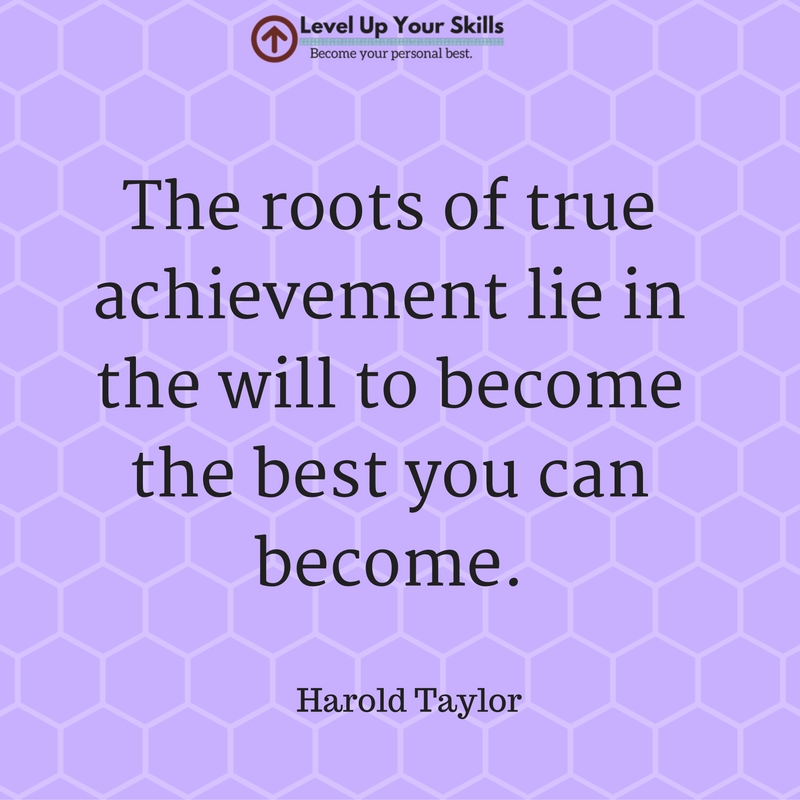 An innate desire to improve propels many people to the highest levels of performance. They decide they want to change their life (or the whole world) and they go for it! The details of how the succeed are never the same, but the principles align readily.

Dream big and then set sail for an adventure, sure of your ability to navigate. 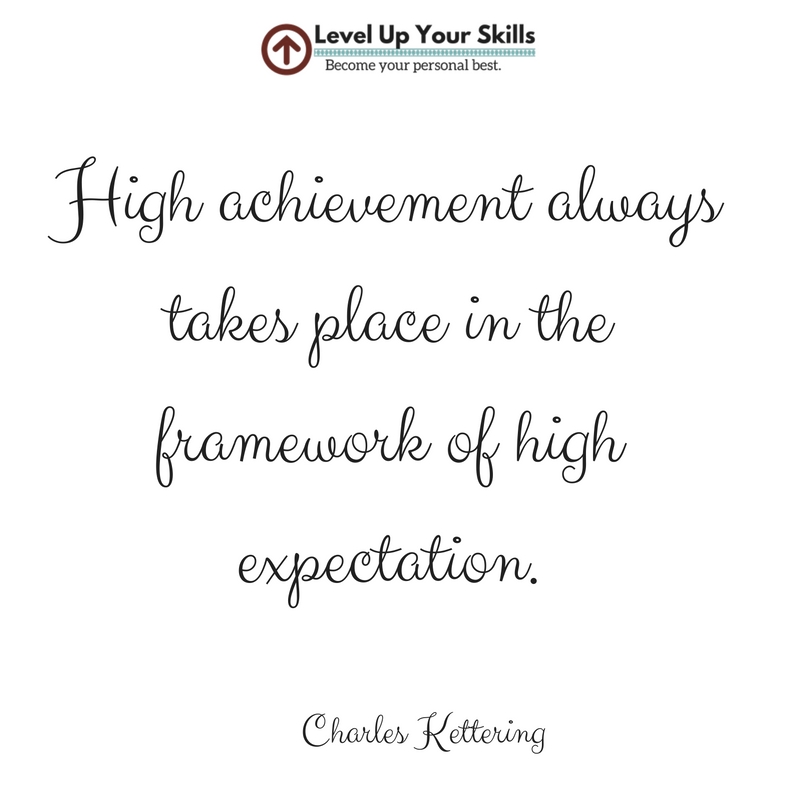 Believing Is Half the Battle

You’re well on your way when you finally invest in your ideas. That requires the thought that you’re the best candidate to take on responsibility. It’s tough to do great things, but you have the chance and the talent to accomplish whatever you desire. 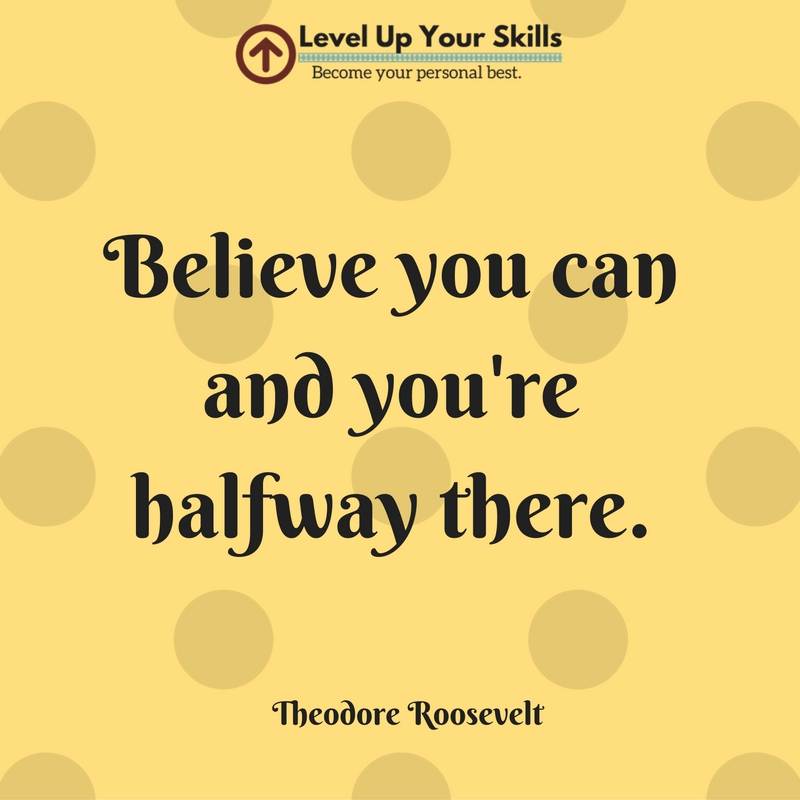 Believe You Can, and You’re Halfway There

Your Achievements Start with an Idea

A big idea is enough to change the world. When you conceive of something impressive, you owe it to the world to make it happen!

People who solve other people’s problems do so by using fresh ideas. Be as creative as you can, and you’ll see that many things are easily improvable. When you show people the way, they reward you with the highest levels of success. 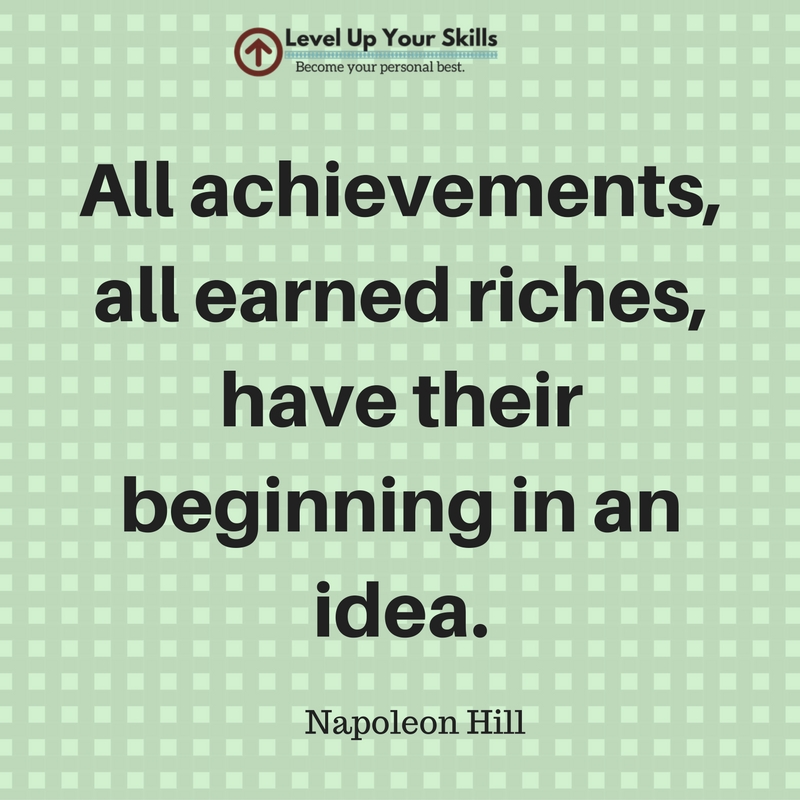 It All Starts with an Idea You Can Believe In

Desire Something Bad Enough and You’ll Get It

Strong desire is often enough to help people push through barriers. When you want something bad, you’re willing to put in the work to get it.

That’s why Hill taught people to believe in themselves and to follow their dreams. 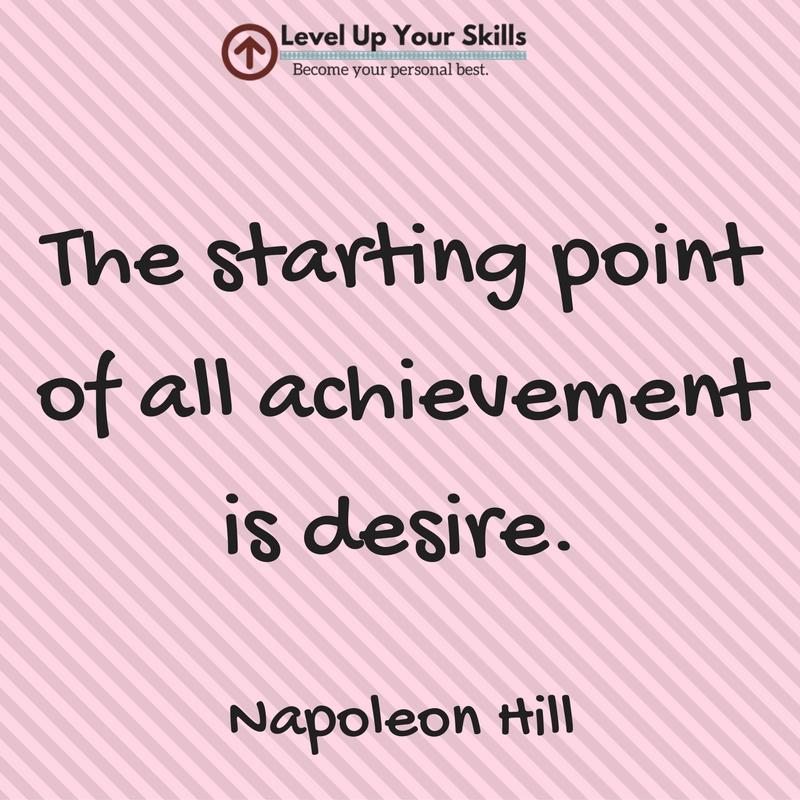 Never Forget How Crucial Desire Is for Success

That’s the only way to fuel motivation. Want the best possible outcomes and then take the steps necessary to succeed. Napoleon Hill knew that people were powerful. He always did his best to relay that idea in all of his teachings. The idea that you can conceive of an idea believe in it and your talents, and that you would get it is his greatest legacy.

← You Had a Bad Day Now It's Time to Move On To Greener Pastures Wilma Rudolph Learned from Her Mother Not to Accept Limits →
Achievement Quotes , Napoleon Hill