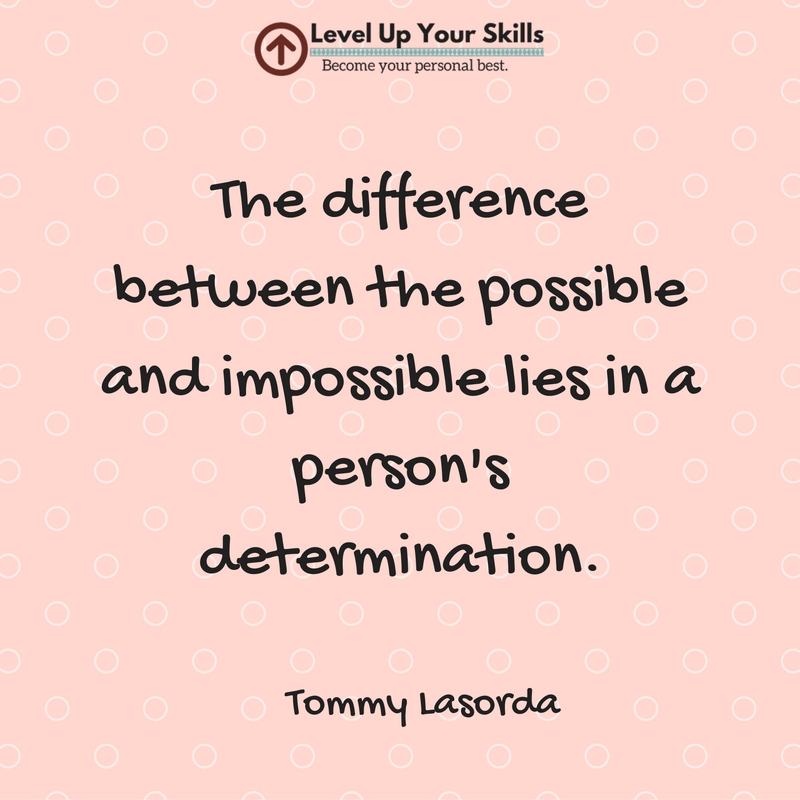 The Difference Between the Possible and the Impossible

Is it that huge of a difference that separates those who accomplish nearly impossible feats from those who don’t?

Tommy Lasorda, most famous for being the manager of the L.A. Dodgers, felt he had the answer.

To Lasorda, the difference came from the person’ attitude.

Someone who coaches world-class athletes understands that drive is a huge factor in success. Why wouldn’t it be? If you don’t have the mindset of a champion, will you put in the requisite work? Do those who get discouraged easily set new records?

Lasorda, who was around baseball for his entire adult life, encountered a saying that he held dear. He saw a sign that read, “Contented cows give better milk.

For Tommy Lasorda, that advice served as the building blocks for his baseball success. He did his best to keep his players happy so that they performed their best. The philosophy was a winner for Lasorda, who helped the Dodgers win two World Championships during his reign. He’s one of the few managers who lasted for more than two decades with the same team.

Attitude is a determining factor in how we live. Therefore it makes sense that it also impacts our results. As Lasorda wisely points out, people who don’t allow the idea of impossible to shape their world view win. Those who accept their defeat or limitations have a hard time performing.

You have the power to determine your fate. You get to decide what’s possible or impossible. There’s no reason to accept limitations that have are arbitrarily given by others. Train your mind to be an ally in your quest for achievement. Never take anything at face value. Look for the deeper meaning and decide what motivates you most.

Once you unleash your power, the rest comes easy. Go forth and succeed!

← There Are Some Things You Learn Best in Calm, some in Storm. Avoid Becoming Discouraged Too Easily If You Want Victory →
Quotes , Tommy Lasorda