Expecting that the best outcomes will happen naturally seems like a normal condition, although for many people it is not.

People who are plagued by negative self-talk have developed a dire approach to life. They aren’t willing to try new experiences and they have given up on giving their best effort on a daily basis. These poor habits are creating a multitude of problems for them, which would most effectively be cured by practicing positive thinking.

It’s in this sorry state that many people begin to research the possibilities of changing their attitude and thoughts. They become aware that their current mindset is taking a dire toll on their prospects. At this stage, it’s either time for a change or it’s time to accept failure.

Negative self-talk is a toxic brew that, if left unchecked, only brings bad results. Constantly bringing yourself down by thoughts that you control is a bad practice. You may be surprised at the idea that it’s you that controls the self-talk. You may mistakenly think that thoughts that “pop” into your head are not of your creation. It’s true that you may not be consciously creating these thoughts, but you still are in control of their existence. With enough effort you will have no problem altering the content of your internal thoughts to something a whole lot healthier and more positive.

Start to Monitor Your Internal Dialogue 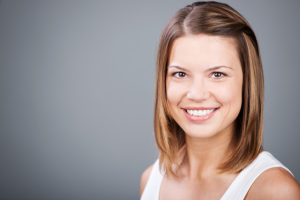 The first thing to do is to pay attention to your internal thoughts for some time each day. If you try to still your mind and relax, you’ll notice that a few predominant thoughts tend to pop into your mind. Some of these looping ideas have probably been replaying in your mind for a long time. For many people, the “voice” even takes on a nagging tone! Once you’ve recognized those thoughts that seem like they’re coming from somewhere else, you may begin to attempt to implement a certain level of control over them.

The thoughts to pay the closest attention to are the ones that are truly nasty. If, for instance, a thought pops into your mind that “you’re a loser” you are going to want to pay special attention. Really damaging ideas about self manifest in the worst possible ways. If you’re plagued by a number of these ugly ideas, you need to get to work as quickly as possible on a plan to eliminate as many of them as soon as possible. Doing so will provide you with an instant boost in your self confidences, which precipitate a number of other positive changes in your life.

It’s worth mentioning that many people have had to fight through the same condition as you, so you’re hardly alone. Negative self-talk is the result of upbringing in some cases, or it is the result of being in an emotionally damaging environment for too long. Breaking free from a pattern of negative thinking and self-talk puts you on the right path.