Enjoy the Benefits of Having a Positive Attitude at Work

Anyone who wants to level up at their job needs to consider the role that a positive attitude plays.

Going to work every day in a great mood, confident that you’re ready, willing, and able to do your job has its rewards. The people you encounter when you’re in an outgoing mood are likely to feel your energy, which will lift their spirits a bit. They’ll be more likely to react to you positively because they’re immediately at ease in your presence.

Potential prospects are more likely to purchase from an energized sales representative. It shows them she believes in her product and is happy to help her clients solve their problems. Energized employees are self starting problem solvers who don’t need constant nurturing to produce their best results. They’re like pure gold in the vault for any employer who is likely enough to have hired them! That’s why motivational assistance is always going to stay at the forefront of important activities for any company that’s seeking to rise rapidly.

Any employee who wants to rise in the ranks at their company needs to radiate positive energy. That tells the people who hired you that they made the right choice. That glow you exude also tells people who you are dealing with in other professional (and even personal) capacities that you know your stuff inside and out.

Maintaining a positive mindset powers employees through those periods of energy ebbs and flows.

Express Yourself in the Best Light 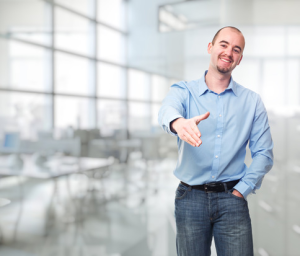 Positivity helps your image in every way, especially as a professional. Other successful people naturally gravitate towards someone with a strong, positive public image. It’s an asset, and one that you control completely.

Your image is a result of how you express yourself. Most people are faced with choosing a public expression of self that is somewhere between the polar opposites of positive and negative. Those who choose the positive spectrum gain a natural advantage over those who choose the path of butting their hard heads sharply against impenetrable objects.

Those two options are pretty much the ones that we all have when it comes to our self expression. Sure, some people may try being “neutral” for awhile, but before long they’ll be back to dealing with one of the extremes.

The decision to stay positive while at work is a personal one that puts you on the road to greater success. You’ll open up new doors and additional pathways by which more success will easily manifest. If you’ve been unhappy with your work prospects lately, get another job. In the meantime, though, improve your attitude as much as possible to see if some of your current pet peeves don’t disappear!