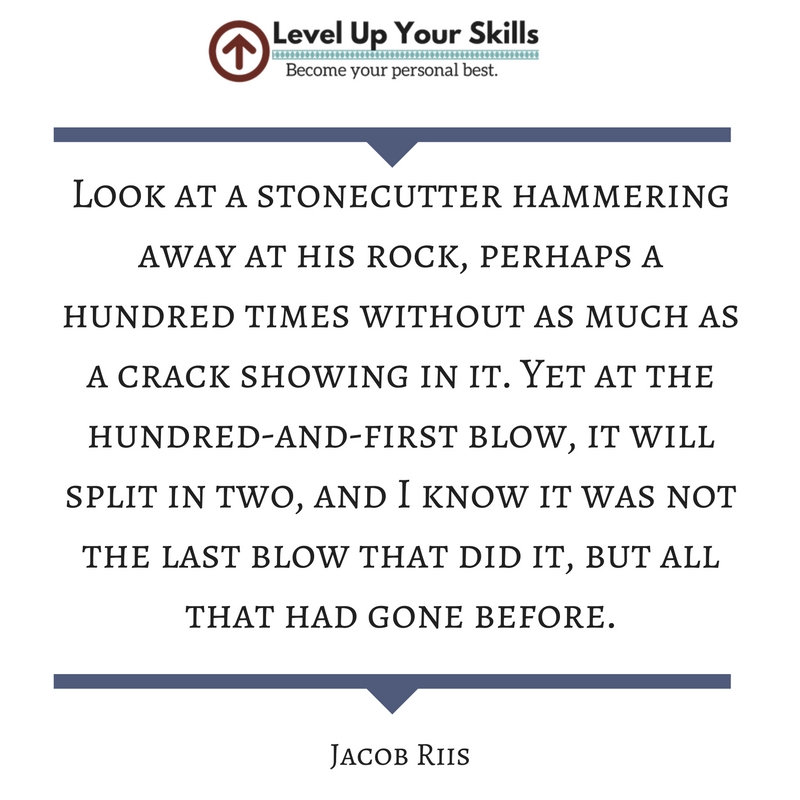 The Law of Consistent Effort Assures Success Every Time

The Law of Consistent Effort is not famous. In fact, this is the first time most people will hear about it!

However, examples of the Law in action abound. Take, for instance, the case of bodybuilders. All of them start off as regular-sized humans. Due to consistent, intense training, they eventually get so big they leave humanity behind.

If at any point, they quit their training, results would decline. Do you think other human activities are any different? No world class athlete can stay at the top of the game without consistent effort. Once their spirit buckles or their desire fades, they could backslide.

Achieving consistency in your efforts takes discipline and a strategy. For athletes, they can often follow a path that’s well worn. For others, it may require carving out your unique set of survival skills. One thing is sure, the people who do a “little bit” every day eventually get there.

Breaking things down into smaller steps is how big goals become reachable. You may have an idea in mind for your life that seems overwhelming. However, when you keep chipping away, you get closer. Jacob Riis hit the nail on the head with his “stonecutter” quote. Most people can’t split a rock with one blow.

Consistent Effort Brings You to the Tipping Point

Even if you’re not a top stonecutter, you still get your chance to succeed. All you have to do is chop away until the exact time when your efforts reach the “tipping point,” as Malcolm Gladwell calls it. Gladwell was referring to significant changes in society, but the term applies well to the moment in people’s lives when things improve. Skilled guitarists reach a day when they suddenly feel they’re great at picking! It happens to people in every walk of life.

That’s why you should never fear taking steps, even small ones. Each one is a progression on your path. Each step brings you nearer and nearer to the Eureka moment. There’s no greater feeling in the world than getting something you work hard to receive!

When Jacob Reiss wrote this quote, “When nothing seems to help, I go look at a stonecutter hammering away at his rock perhaps a hundred times without as much as a crack showing in it. Yet at the hundred and first blow, it will split in two, and I know it was not that blow that did it, but all that had gone before,” he was well aware of the subject.

Riis overcame poverty to become a champion of social justice. He understood what it took for others to do the same. Jacob Riis spent his life defending human rights. Had he given up early, he would be forgotten today.

Just keep on chipping away at your personal stone! Nothing can stop you from achieving your goals.

← Stay Strong, Keep Your Attitude in Check, and Reach Your Goals Finding Your Purpose Gives You a Leg up on the Competition →
Jacob Riis